A recent paper in Science reports an interesting experiment carried out at Princeton using fish and exploring the dynamics of crowd intelligence.  Researchers used golden shiners, a strongly schooling fish. They trained a large number of groups to swim toward a blue target, while smaller groups were trained to follow their natural predilection for a yellow target. When placed together, the large trained group would follow the smaller group to the yellow target. When fish with no prior training (the uninformed individuals) were introduced, however, the fish increasingly swam toward the majority-preferred blue target. 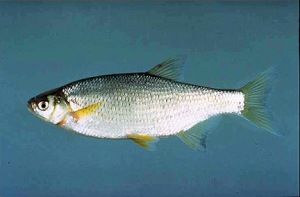 The story circulated in the media with much journalistic spin as “evidence” of how people take decisions in democratic societies. According to the spin, and extrapolating wildly from fish, uninformed human voters tend to side with the informed majority, therefore counterbalancing extremist minorities. I am obviously very sceptical of this extrapolation which makes a number of impossible assumptions, the most obvious ones being (a) that we do not live in idealistic direct democracies, (b) that an “uninformed” human does not exit anymore; “misinformed” would be a better word. Mathematical models of human behaviour, however sophisticated they might be, are run on the basis of assumptions that usually are too simplified to reflect the complexities of human societies.

Nevertheless, the experiment, and the models, are interesting for societies of intelligent agents. Such societies are by design democratic. Decisions aimed at problem-solving are taken by dynamics of interaction between agents. No agent has all the information or the complete solution. As the system (or society) evolves a solution various lines of reasoning come to productive conflict. The experiment suggests that we may get better solutions if we keep a number of agents initially uninvolved in the problem-solving process. Bringing them on at a later stage, where there is a minority and a majority, could safeguard the correct decision.